Gold, platinum and diamonds literally rained from the sky over the frigid city of Yakutsk in eastern Siberia last Thursday. 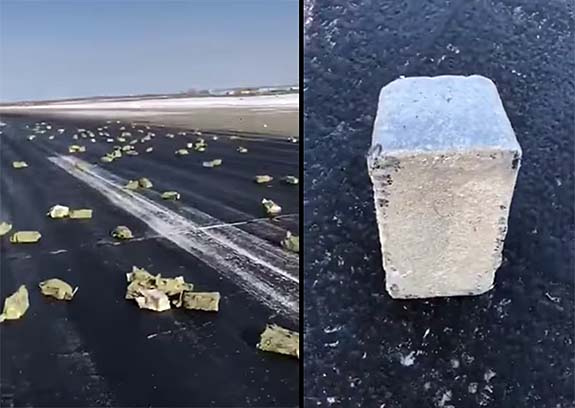 The wild display of flying treasure — worth 21 billion rubles or $368 million — was attributed to the failed cargo hatch of a Cold War-era transport plane called the Antonov An-12. The aircraft was carrying gold bars, platinum bars and loose diamonds on behalf of Chukota Mining and Geological Company. About 99% of all Russian diamonds are mined in Yakutia, where winter temperatures routinely hit -35C (-31F).

According to The Siberian Times, the plane had been loaded with 10 tons of precious metals and gemstones when it lifted from Yakutsk airport.

Shortly after takeoff, the heavy cargo shifted, ripping through the cargo door and damaging a portion of the fuselage. Nearly 200 gold bars fell from the plane, littering the runway with gold and platinum bars. The damaged plane continued to fly for 16 kilometers (10 miles) — dropping more treasure along with way — before landing at the nearby Magan airport.

Russia's state-run TASS news agency reported that technicians who had prepared the plane for takeoff may have failed to properly secure the cargo.

Police immediately sealed off the runway and began the task of retrieving about 3.4 tons of precious metal ingots. A typical gold bar weighs 12.4 kilograms or 27.3 pounds, so it is fortunate that nobody was hurt by the plummeting precious metal. 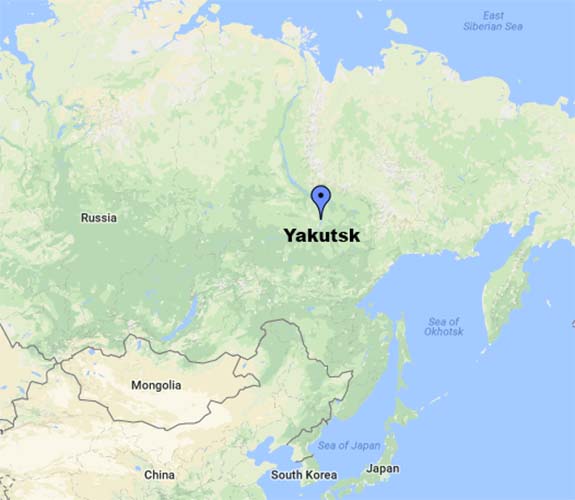 Yakutsk, which is the capital of Yakutia or the Sasha Republic, is frequently cited as the coldest major city in the world.

The Siberian Times had a little fun with that fact, tweeting, "It's -21C in Yakutia, sunny, we expect showers of diamond, platinum and gold... Plane loses its $368 million cargo; gems and precious metals rain over Russia’s coldest region as police and secret services stage emergency search."